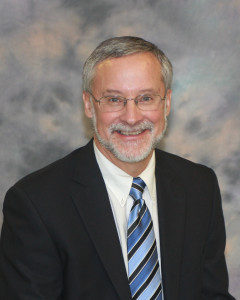 • Over 27 years of professional management and leadership experience coordinating the work of both paid and volunteer staff.
• Strong communication skills with experience in organizing and leading cross-functional groups towards the accomplishment of common objectives and critical deadlines in fast-paced, high stressed environment.
• Proven ability to set and accomplish goals, develop strategies, and make short notice difficult decisions while implementing personnel and resources to successfully complete stated tasks.
• Excels in building cohesive high performing teams that accomplish the organization’s objectives, motivating both paid staff and volunteers in the process.
• Proven writer, researcher, speaker, and community leader drawing on 27 years of professional experience.

Fund-raising and Fiscal Leadership – have successfully met operational budgets along with numerous capital improvement projects, ending in the black each of 27 years in leadership positions.
• Managed, controlled and supervised a $1.7 million budget (operating budget, investments, endowments, and other assets) throughout 20 years of leadership. Total combined budget of $34 million in those 20 years.
• Strategically managed and orchestrated a successful $360,000 new church building project in a rural Indiana community of less than 1000 in Indiana. Accomplished the project on-time and under budget while paying the construction cost off in less than 3 years of a 10 year campaign.
• Organized and managed a new addition of $2.6 million onto the church building in the current position as senior pastor. The project was completed on time and under budget and was paid off in just 4 years. Directly responsible for fund-raising, motivating donors and investors to join in the project, and provided the leadership to build a strong team of professionals and volunteers to accomplish the massive project.
• Provided leadership in successfully completing over $250,000 in capital improvements over the past 20 years, while simultaneously increasing giving to missions and relief organizations by 200%.
• Annually create, distribute, and manage over $100,000 in gift and promotional products to gift shops, nonprofit organizations, and fund-raising institutions.

Paid and Volunteer Staff Leadership – For the past 27 years have annually overseen, mentored, organized, and directed over 110 paid staff and volunteer staff, working with them in a variety of complex situations unique to volunteer organizations to successfully complete desired goals and assigned tasks. Have annually mentored, led, and counseled over 500 individuals for the purpose of personal growth and fulfillment as well as for creating civic and church groups for accomplishing their designated tasks.

Community Leadership – Have served on numerous community boards and projects, often times as chairman or initial organizer of such local chapters of Love INC (a branch of World Vision,) Habitat for Humanity, Hardin County Ministerial Association, and a variety of task forces and special committees designed to better the community. Worked with community leaders on a successful BRAC closing, organizing to shift ownership of a National Guard Armory to the county for use as the new Sheriff’s office and 911-call center. Also worked with the county United Way and Chamber of Commerce to promote community unity and community events.

Organizational Leadership – Have led a church in a county-seat town with a population of 9000 people that has grown from 500 members to 960 members in the nearly 20 years as senior pastor of the church. Oversee the work of a volunteer board, numerous committees, and a diverse population.

Regional/Denominational Leadership: Have served on state denominational boards and committees in both Indiana and Ohio.

Media/Communications Leadership: Have appeared on talk shows regarding drug and alcohol intervention, have done radio interviews, and televise worship services every week on local access cable channel and live streaming on the Internet.

December 2010 – January 2013
MTN Government Services
Leesburg, Virginia
Manager of NGOs / Manager of Strategic Programs.
In this role, the task was to open up VSAT (Very Small Aperture Terminal) and satellite internet connectivity opportunities for Non-Government Organizations (NGOs), aid/relief agencies, disaster preparedness and response groups, faith-based missions, as well as university and research centers.
• VSAT installation and managed bandwidth services for USO mobile units
• VSAT installation and services for CONESPAH mission in Haiti
• Telemedicine equipment and connectivity field-test for AMD Global Telemedicine and Guardian 24/7 in Kenya clinic and regional hospital in January 2011
• Telemedicine fact-finding trip to Rwanda with Arizona State University students and faculty and representatives from Mapendo New Horizons nonprofit in September 2011
• Featured presenter on the use of VSAT and other communication devices for zoonotic and pandemic researchers working in remote locations at the First International Congress on Pathogens at the Human-Animal Interface, September 2011, in Addis Ababa, Ethiopia (www.icophai2011.org )
• VSAT connectivity for Pro vs. GI Joes nonprofit at the Super Bowl so that they could connect pro athletes with our troops serving overseas for real-time gaming and VTC sharing in January 2011
• Telemedicine and One Health fact-finding trip to Cote d’Ivoire (Ivory Coast) in January 2012
• Featured presenter on the use of VSAT and other forms of communication for disaster preparedness and response in the Caribbean for the CANTO (Caribbean Association of National Telecommunication Organizations) Conference, July 2012
• Participated in telemedicine field-test at the Albert Schweitzer Hospital in Gabon with Dr. Lachlan Forrow (Beth Israel Deaconess Medical Center / President of the Albert Schweitzer Fellowship) in collaboration with Milton Chen and Penny Ng of VSee (www.vsee.com) in November 2012
• VSAT connectivity for the dedication of the Be Like Brit orphanage in Grand Goave, Haiti in January 2013

November 1990 – December 2010
St. John’s United Church of Christ
Kenton, Ohio
Senior Ordained Minister
Upon assuming the leadership of St. John’s, the church has grown over the past 19+ years from a membership of somewhere around 500 members on the books and an average worship attendance of 110 members to a membership of over 950 with an average attendance of 270. During this time, we have undertaken numerous capital improvement projects, purchased a $200,000 pipe organ and $25,000 grand piano, and built a $2.9 million addition to the church and paying that project off in just four years. All these projects were completed successfully while at the same time the church has grown in their financial support of missions and ministries and successfully ended each year in the black. This is a debt-free, mortgage-free church. Added numerous staff positions, committees, organizations, and ministries to the overall work of the church as well in the intervening years.
This position in a county-seat Ohio community has afforded the opportunity to help start and serve on local chapters of Habitat for Humanity, Love INC (a division of World Vision), and to assist in the efforts of the United Way, Hardin County Ministerial Association, and many ecumenical and civic programs and events. Have organized and run the Love INC charity golf scramble for the past 5 years, raising over $4000 for this local charity each year.
Organized thriving youth group which now has its own director, have taken youth on mission trips from North Carolina to Chicago and St. Louis, and have led them to a Christian summer camp for the past decade.

July 1984 – November 1990
Russellville Community Church
Russellville, Indiana
Senior Ordained Minister
Assumed ministry of the Russellville Community Church in rural Indiana, a merger of a United Church of Christ congregation and a Disciples of Christ congregation in a small town. Successfully solidified the merger, built a common church building for $360,000, while never having to borrow a cent from the bank. Finished the black each year in the operational budget in spite of this large building project. Initial Sunday attendance was about 75 members, which grew to 150 average attendance by November 1990. During this ministry, formed a youth group that traveled as far away as Florida, North Carolina, and inner city Baltimore for mission trips, began a community festival, and became a leading church in the state of Indiana. Served on state board of directors for the United Church of Christ and represented the state at the national convention.

Summers 1976 – 1978
Medina County Department of Human Services
Supervisor for groundbreaking program where troubled youth were organized into work crews and were transported to the homes of elderly welfare recipients where odd jobs were completed.