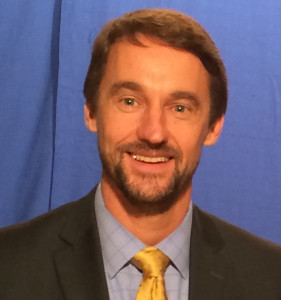 Dr. Macgregor-Skinner was invited by and funded by the Nigerian Government to lead a team from the Elizabeth R. Griffin Foundation to conduct seminars and training workshops and establish Hospital Ebola Isolation Suites. At the invitation of US State Departments of Health, he has conducted onsite biorisk management risk assessments for Ebola and seminars and workshops at hospitals in the States of California, Georgia, Florida, Pennsylvania, Alabama and Tennessee. He has worked for U.S. Government Agencies and United Nations Agencies treating Ebola patients and implementing whole community approaches in Liberia, Nigeria, and at Emory University Hospital. He has provided expert opinions on Ebola in TV interviews on CNN, BBC, Aljazeera, C-SPAN Canada CTV, Australia ABC that are available at http://www.ergriffinresearch.org/about/news.php

For the U.S. government, Dr. Macgregor-Skinner led a technical team in providing assistance in prevention and control of avian and pandemic influenza outbreaks, and provided direct support by bringing governments and partners together to form task forces that generated comprehensive national preparedness plans in Africa, Asia, and Latin America. At the Centers for Disease Control and Prevention (CDC), he was deployed to Banda Aceh after the 2004 Tsunami and led a team to design and conduct rapid health risk assessments, and developed integrated strategies with government, UN agencies, and non-governmental organizations. He served in the Australian and British armies and coordinated public health programs in post-conflict environments. With the British government, he implemented community-based participatory approaches for disease surveillance and outbreak response.

He is an assistant professor in the Department of Public Health Sciences at Penn State Hershey Medical Center and teaches three graduate courses on Public Health Preparedness for Disasters and Terrorist Emergencies.

Dr. Macgregor-Skinner has degrees in veterinary medicine and surgery from the University of Queensland, Australia, a master of science in emerging infectious and zoonotic diseases from the University of London, England, and a master of public health in epidemiology and international health from the Johns Hopkins Bloomberg School of Public Health. He is also a Member of the Royal College of Veterinary Surgeons in England. His passion is engaging networks of experts who share knowledge and experiences to increase the global understanding of risk and preparedness.